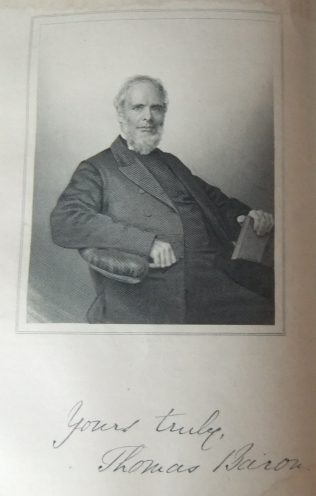 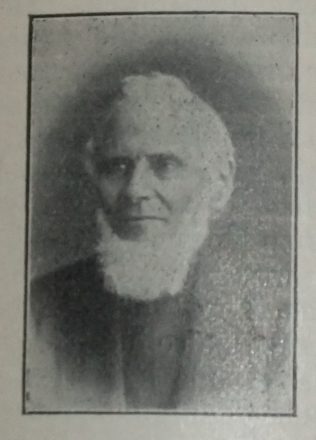 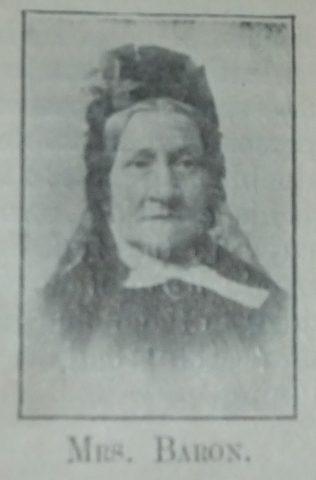 Thomas attended an Anglican Sunday School for some time as a child. He was converted at the age of 15. James Macpherson was one of the preachers.

For a short time Thomas was engaged in the Book Room at Bemersley and lived with Hugh and James Bourne. Kendall records that one of his duties early each weekday morning was to carry the post bag with Book Room letters for dispatch two miles to Norton, and to call at a public house for letters which had been left there for the Book Room. His older brother George Baron, who often acted as Connexional Auditor, frequently paid visits to the Book Room and his business aptitude was of great assistance to James Bourne.

In 1845 he went to Pateley Bridge to supply for James Watson and then moved to Thirsk for a year before becoming itinerant.

His obituary records that under his ministry many chapels were built, crushing debts reduced and some circuits apparently saved from bankruptcy by his toil.

His intellect was both clear and strong and by ceaseless study he made himself a workman without need of shame.

H B Kendall, Origin and History of the PM Church, vol 2, p8