A noble life of service and song 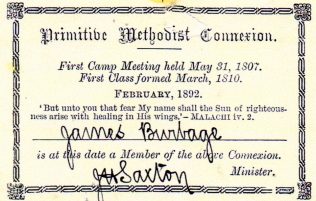 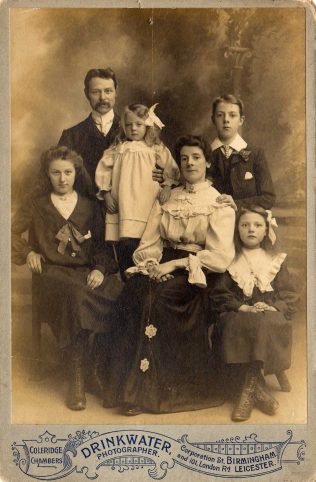 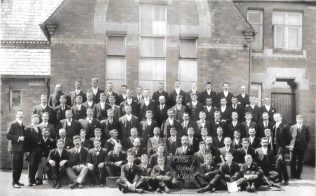 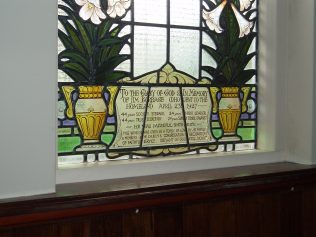 zoom
Window in Cosby Methodist Church in memory of Jim

Transcription of obituary from The Aldersgate Magazine, 1927:

“Our church at Cosby, and the Leicester 2 Circuit, have suffered loss through the passing of Brother Jim Burbage. He was the oldest and one of the most devoted members. He has been the efficient Society Steward since the Church was formed: The Trust Secretary and Sunday School organist for 43 years, and choir leader about 24 years.

He loved the ministry, and the ministers found in him a genuine friend, comrade and brother. It was very fitting that all five ministers should be present at the funeral service.

The beautiful new church at Cosby could almost be called his memorial. He possessed intelligence above the average. All his gifts were consecrated to the service of his Lord. He had a unique gift of talking with God. His Christianity was robust and radiant. It was a privilege to be entertained in his hospitable home.

The Church was not large enough to hold the people who came to the funeral. Our brother was reverently laid to rest in the Cosby cemetery amid many manifestations of love and sorrow”

Rev. Henry Carden wrote of him:

“His passing will be a great loss to the Cosby Society, of which he became the first member in 1885. I went to Leicester that year, and found Cosby on the plan for open-air services. I paid a visit, and was much gratified with the interest shown in the service. I went the next fortnight and formed a society. The first to give his name was Jim Burbage. Within a year we opened the first chapel, and a few years since, the first chapel was replaced by another costing about £3000. One of the finest village workers I have known has passed in my esteemed friend Jim Burbage”.

Jim was born in 1866, in Cosby, Leicestershire, the sixth of eight children of John Burbage and Harriott (née Drinkwater).

He married Rhoda Griffin Geary in 1890. They had five children:

Jim worked in the local boot and shoe factory. He played an active part in village life, served on the Parish Council and was a member of the Cosby Adult School.

From becoming the first member of the Cosby Primitive Methodist Society at the age of 19, until his death 42 years later, Jim was Society Steward and Trust Secretary, instrumental in raising funds for the first and second PM chapels in the village. He was choir leader and Sunday School organist for 24 years. Nance Clarke, a Sunday School pupil recalled:

“Choir practice took place under the direction of Mr Jim Burbage, nicknamed Singing Jimmy because he was always singing. Mr F. Leatherland, a later choirmaster is reputed to have said ‘Jim Burbage had more music in his little finger than I have in my whole body’ ”

‘The sudden passing of James Burbage has stunned us into silence for a space; we would have kept him with us if we could have done so. He was so buoyant in his faith, so hopeful in his life, so loyal in his duty, that to many of us he was the Christian personified….We miss his radiant face, but we still hear him sing; we also hear him lift up his voice in prayer. We desire humbly to catch the spirit of devotion which actuated him, that the work he loved may not suffer because he is not with us.

There is a window dedicated to the memory of Jim in Cosby Methodist Church, with the inscription:

Jim is buried in the ‘chapel’ section of Cosby Cemetery with Rhoda who died in 1959, and their infant son Aubrey. The inscription on the gravestone reads ‘A noble life of service and song’

By his great nieces Jane Richardson and Dianne Gibson