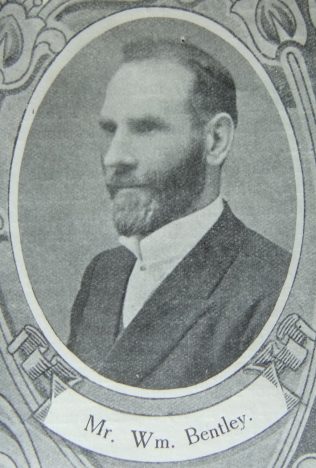 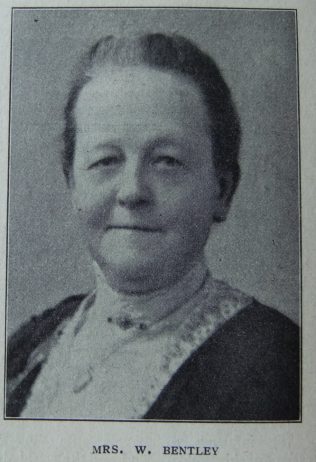 Manchester Seventh Circuit has in Mr. Bentley a steward of more than average worth. He possesses in large measure those qualifications indispensable to the duties of the office – loyalty to his own church, a keen recognition of Connexional claims, a diligent promotion of the true “circuit spirit.” These are ever the dominant features of his work. Generous, not only in his personal gifts, but in his spirit and outlook, he shuns that poverty and weakness to which mean-spirited and pessimistic courses always lead. He combines a faithful discharge of home duties with a liberal recognition of wider public claims, both in his services as a preacher and speaker and in his financial help. His personal character is beyond reproach, and his services in the church are enhanced in influence and worth by his untarnished reputation in the world of commerce. The secret of such a life must be faith in, and union with, our Lord Jesus Christ.

William was born abt 1861 at Manchester, Lancashire, to parents James and Mary Ann. James was a furniture broker.

William worked as a coal merchant.

William married Anne Strickland Rumfitt (1858-1927) in the summer of 1885 at Manchester. Anne was the daughter of Rev John Rumfitt. Census returns identify one daughter.