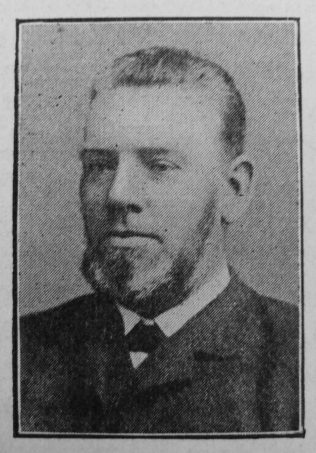 Transcription of Obituary in the Primitive Methodist Magazine by W.M.

“Joy was duty and love was law.”

Mr. John Brooks was born. May 16th, 1842. He was brought up and educated by his grandmother in the village of Coate, in Oxfordshire. She was a godly woman; naturally kindly and sunny, she became under divine grace charmingly beautiful. Although she was a Baptist, she encouraged the “Primitives” in the village, and her home was ever open in hospitable welcome to the preachers. Such intercourse had its influence upon the grand-child, and without doubt was silently moulding John for the coming days. At the early age of eleven he came to London. He immediately connected himself with our Grove Mews Society, Marylebone. It was here that he became converted when he was seventeen years of age. In 1863 he married Elizabeth Ann Lowe of Newbury, a woman of many excellencies, who encouraged, and co-operated with him in all he attempted in the work of God, with an unstinted constancy.

It was during these early years that he and others gave inception to the work, which in after years found its home in our present prominent church in the Harrow Road, Paddington, and which amid so many difficulties has been a home for hundreds of young men and servant girls who have come to London.

In 1864 he removed to Hampstead, and during the following ten years he threw himself into the work of our society there with a devotion which was praiseworthy. He was society steward, Sunday School teacher, and in every way served to the measure of his time and ability. In 1874 he removed to Kensington. Here, our society worshipped in a small upper room in Charles Street; but neither its inconvenience, nor poverty daunted our friend. From here we removed to the rented Hall – the Mall Hall, Nottinghill Gate, where he was the main-stay of our society for years. His home was the centre of the gatherings of scores of the young women, who were the servants in the mansions, and places of business in the neighbourhood, and his large family in all directions aided in making our little church in the Mall Hall, helpful and sheltering to hundreds.

In 1895 he removed to Ealing. At once he gave himself with his consecrated abandon to the work of our Church there. Mr. Brooks became society steward, and our present beautiful chapel and vigorous church at Ealing owe much to our friend’s devotion.

He was a man who was “connexional.” He was no bigot; but he loved his own church best. He was a prominent member of the Free Church Council of Ealing. His own brethren recognised his worth, and on Connexional committees, and as delegate to district meetings and the Conference, they showed their esteem for him in giving him a place.

Those of us who were privileged to share his intimate friendship, best knew his sterling goodness. To some he may have appeared stubborn; perhaps severe. But he was as removed from guile and meanness as the poles are remote. He hated shams and swore against trickery. His firmness was an inflexible conscientiousness, and his seeming stubbornness was often mistaken for some personal opinionation, it was the rather his deep-steadfast and intense fidelity to principle. Among the many officials of the North-west and the West London societies we have never known one more respected than Mr Brooks

He always appeared to us to be marked out for a ripe old age. He was well built, apparently strong and vigorous, but through an insidious disease, and after undergoing an operation he suddenly died March 23rd, 1904.

The attendance at the funeral indicated the immense esteem in which he was held. Many of our ministers and leading laymen from all over London were present – representatives from local institutions, and from our General Committee, evidenced the uncommon love towards him. Thus passed away from our London work a man we could ill spare.

The end came suddenly to us all, and unexpected to himself, but John Brooks was ready for the summons. For five and forty years he had been learning of God, and to him while the end was unexpected, it was not ill-timed. He had hoped for other years of service, and dreamed other plans of usefulness, and yearned for a holier estate, and these, all these were fulfilled, not here, but yonder.