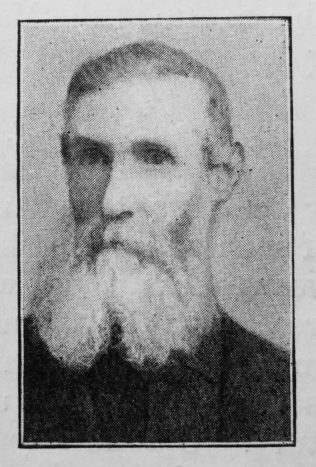 Transcription of Obituary in the Primitive Methodist Magazine by W. Gelley

Mr. John Boddy, one of Shildon’s oldest inhabitants and a member of the Deed Poll, passed away to his rest on March 21st, 1906. He was born at Middridge, on February 8th, 1822, so that he had reached the ripe old age of eighty-four. His early life commenced with few advantages, and at seven years of age he began work at the old Glam Coal Pit. Those were the days of long hours and small wages, for in the winter months the pit lads never saw sunshine or daylight except on the Sundays. Young John Boddy had real grit in his nature, and soon left the coal pits and entered into business and rose to be one of the best known and most respected residents in Shildon. In early life he was brought to God and joined the church. His conversion was brought about by a reproof from his daughter Mary Ann, who died in 1855.

He became a local preacher in the Darlington Circuit, which at that date included Bishop Auckland, St. Helens, up to Evenwood and West Pits; but no distance could daunt the eager spirit, yea, it was a joy to walk from Coundon to Darlington even when he had to commence work in the foreshift. Having had no facilities for education in his youth, he became a most diligent student, and taught himself both to read and write. His reading in his later years was extensive, and his library contained many choice authors of the old Methodist school, the old wine with him was the best. The Bible was his daily book. He read “The Twentieth Century New Testament” through five times in about three years.

He was a man of great public spirit, took great interest in town matters, and was a member of the Local Board of Health. He was a most ardent politician of advanced liberal views, and a passive resister to the last. It was a sight to see the old man with his snow-white locks, declaring before the magistrates that he was sorry his age and weakness prevented him going to prison rather than pay the priests’ rate. He was twice elected delegate to Conference, at Tunstall in 1884, and Grimsby in 1899. In 1900 he was elected a permanent member of the Conference, by being placed on the Deed Poll. No one ever prized more highly such an honour than Mr. Boddy, and he often wondered if he would be able to attend the Manchester Conference, for he saw the end was coming.

For several months before his death, it was my great pleasure to visit the old man two or three times every week. I always found them precious seasons of spiritual joy. I had known him for forty years. His house was the home of all the preachers; that grand hospitality, which I am afraid is gradually dying out with our present members, was unbroken for half a century. On the day of his death I visited him three times. In the morning I found him calm and confident, and full of hope. He said to me: “What a grand thing it is that I have not to seek religion now.” He then repeated a verse of poetry from one of the old magazines, on submission to God’s will. I prayed with him and he was much comforted and responded to my prayer.

I went back again in the afternoon, but I saw the end was near. He could not speak. At night I found he was sinking fast. Ten minutes after I left he peacefully passed away to God. Large numbers from all parts of the circuit came to the funeral. The Rev. A. Latimer represented the General Committee, and Rev. J. Cotton, the District Committee. The last service of love and respect was conducted by myself, and I felt that I had committed to the dust one of the “old guard.”

John was born at Byers Green, Co. Durham, to parents Thomas and Hannah.

He married Jane Wiseman (1823-1900) in the summer of 1842 in the Auckland Registration District, Co. Durham. Census returns and birth records identify nine children.