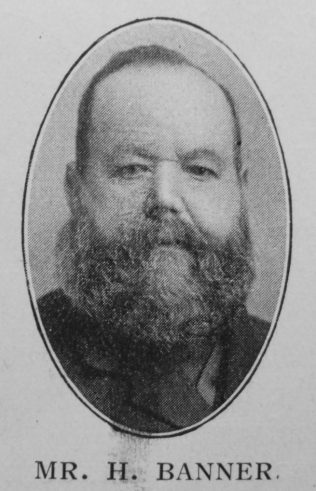 Transcription of obituary published in the Primitive Methodist Magazine by T.H.B.

Mr. Havilah Banner was born April 9th, 1844, and passed away June 19th, 1910, in his 67th year. Converted when about twenty-five years of age, he at once gave himself up to strenuous service for his Master. In a measure he succeeded to the work of our founders in the way of “conversation” preaching, sick visiting, etc. A man of sterling character, through his influence many friends outside our church were won to the little cause at Selly Oak, Birmingham III.

Intensely devoted to his church, for many years he was the treasurer of the trustees, and for over twenty years held the office of class leader.

For some six months previous to his death he was deprived of the means of grace, which was a very sore trial. His illness, of a most painful character, was borne with much grace and fortitude. Towards the end he began to anticipate the joy of meeting his Lord. The funeral service was conducted by the Revs. T.H. Barlow and C. Ross.

He married Lavinia Tovey, nee Danks (1855-1940) in the spring of 1903 in the King’s Norton Registration District, Worcestershire.