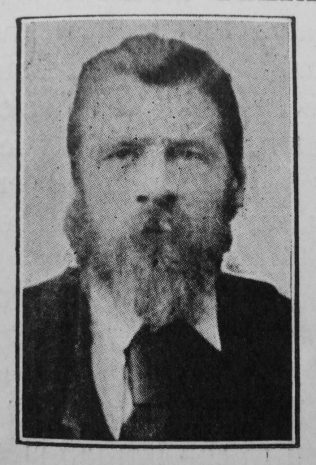 Transcription of Obituary in the Primitive Methodist Magazine by J. Elliott

Mr. William  Burridge was born at Compton, Dorset, on March 22nd, 1836. His parents belonged to the Church of England, and as a lad he was brought up to attend the village church. At twenty he removed to Ludwell, Motcombe Circuit,and began to attend our services. In 1860 he was converted in a revival conducted by the Rev. Mr. Cummins. Nine years after he removed to Tisbury. We had no society there at that time, but he rented a cottage and had it fitted up for worship at his own expense. In the meantime steps were taken to obtain a chapel, in the erection of which he took a leading part, and it was mainly through his energy and liberality that in a few years it was free of debt.

For many years he filled the positions of Circuit and Society stewards, and superintendent of the Sunday School, with great success.

He was a great friend of the ministers, supporting them in every possible way, and not least by the unbounded hospitality which his good wife and he showed not only to ministers but to the local preachers without distinction on all occasions.

He was also a sound connexional man in the wider sense. He believed in our institutions and supported them generously, particularly our London missions, and many a struggling cause in different parts of the land received encouragement from him. He was sustained in all his Christian enterprises by his devoted wife and family. His departure was like a translation, so swift, so unexpected. The members of his family had but time as it were to say, like Elisha, “My Father, my Father, the chariots of Israel and the horsemen thereof, and they saw him no more.”

He was interred in the Congregational Churchyard, Tisbury, on Saturday, December 8th, 1906, The service was conducted by the writer and the Revs. W. Taylor, Gillingham; B. Shankland (Congregationalist), and Mr. A. W. Mayo, circuit steward, Shaftesbury, took part.

William was baptised on 29 March 1836 at Compton Abbas, Dorset. His parents were Abner, who worked the land, and Ann.

He married Ann Elizabeth Foot (1841-1912) in the summer of 1871 in the Shatsbury Registration District, Dorset. Census returns identify eight children.