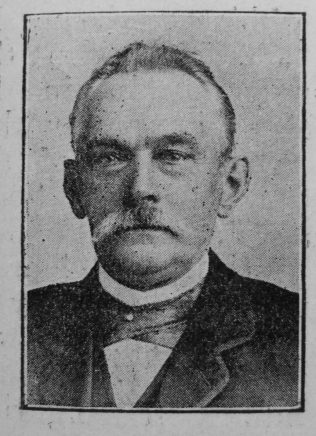 Transcription of Obituary in the Primitive Methodist Magazine by B.H.

The Nottingham Fourth Circuit has suffered a very severe loss in the death of Mr. J.N. Bee, who for nearly forty years, was a member of the Primitive Methodist Church. Mr. Bee was born at Skellingthorpe, a small Lincolnshire Village, on October 17th, 1841. As a boy he was brought up in connection with the Established Church, but by some means, he was attracted to a Primitive Methodist service, and under the preaching of the Rev. S. Antliff, D.D., he was led to give himself to God. In his youth he was apprenticed as a carpenter, but he ultimately secured a position under the Midland Railway Company, in whose service he remained for over forty years. For several years prior to his death he was Superintendent of the Way and Works Department, from which position he had retired just six months before his decease.

The high esteem in which he was held by both the Company and the men was beautifully expressed on his retirement from active service. The Company made him a handsome presentation of a silver cup worth £25, whilst the men within his district presented him with £90, including a bicycle tandem, a gold albert, and £25 in a purse.

He was a man of most sterling character: intelligent, industrious and faithful. Though unpretentious in disposition and quiet in his methods, yet he was a hard worker for the Church. For several years he was a Sunday School Superintendent and a Class Leader. The Church prayer meeting never had a better supporter than in him. He was of an exceedingly generous spirit. Together with his wife he was always ready to find a home for any of the preachers visiting our church. He very liberally and systematically supported the funds of the church, and the measure of outside assistance he rendered only God can know. Many a poor man and needy family will miss him. He is greatly missed in our church, and his place will be very difficult to fill, but we are certain that he has now entered upon that rest which remaineth for the people of God. His bereaved wife and family feel the loss, which was painfully sudden, on May 31st, 1904, most keenly: and we pray that the great Father may comfort and sustain them in their sorrow until the day dawns and the shadows flee away.

I have not been able to identify John’s parents.

John married Ellen Tinkler (b abt1839) in late 1869 at Nottingham, Nottinghamshire.